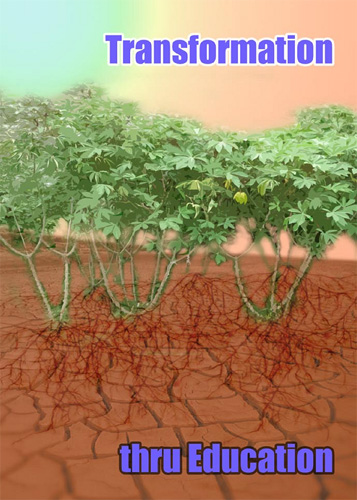 The recipient of WANGO's 2010 Education Award is the International Foundation for Education and Self-Help (IFESH). Dr. Julie H. Sullivan, President and CEO of IFESH, and daughter of famed founder Leon Sullivan, received the award from WANGO Secretary General Taj Hamad in a ceremony held in Scottsdale, Arizona on February 5, 2010.

Education and training as cornerstone of ecnomic and social reform

IFESH is one the premier non-governmental organizations working in sub-Saharan Africa. Based on the concept that education and training is the cornerstone of economic and social reform, IFESH empowers local communities by raising the standard of literacy, including training almost 200,000 teachers. It strives for alleviating hunger and poverty, and fosters cultural, social, and economic relations between Americans and Africans, particularly those Americans who are of African decent.

IFESH focuses on empowering individuals of developing nations through the operation and support of numerous community-based programs in the areas of literacy, educational reform, vocational training, capacity building, agriculture, nutrition and health care, and conflict resolution. Among its renowned educational programs are "Teachers for Africa" (places American teachers in sub-Saharan Africa for one academic year); "International Fellows Program" (9-month overseas internships for graduate students or college graduates), and "Schools for Africa" (rehabilitates and expands primary schools). IFESHâs educational model makes a significant impact on the quality of education for primary and secondary school students by increasing the number of skilled teachers at all levels; its training of almost 200,000 African teachers has in positively impacted millions of African children.

IFESH's commitment to self-help principles is based on the premise that in order for emerging democracies to be sustained in Africa and for law and order to be upheld, a country's citizens must be literate and capable of making informed choices.

IFESH was established under the vision and leadership of the late Reverend Leon H. Sullivan, who founded IFESH with the goal of providing developing countries with the educational, economic and social tools and resources necessary to lift people out of poverty. Rev. Sullivan was the first African American appointed to the Board of Directors of a Fortune 500 company. He used his position on the board of General Motors to launch an international campaign to dismantle apartheid in South Africa, and he developed the Sullivan Principles, a code of conduct for human rights and equal opportunity for companies operating in that country. The Sullivan Principles were one of the most effective efforts to end racial discrimination in the workplace in South Africa, and directly contributed to the ending of apartheid. 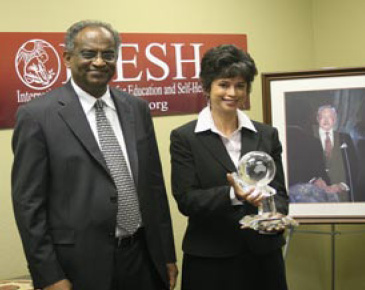 WANGO Secretary Generla Taj Hamad noted that in taking the decision to present IFESH with its 2010 Education Award, the WANGO Awards Committee was impressed particularly with the diverse and effective educational initiatives utilized by IFESH to significantly implement reforms and reduce poverty in sub-Saharan Africa, as well as building a bridge between the Americans and Africans. Programs such as "Teachers for Africa," and "Schools for Africa" have addressed issues of illiteracy, hunger, and poverty; they have dramatically impacted the quality of education, thus providing invaluable tools for millions of children.