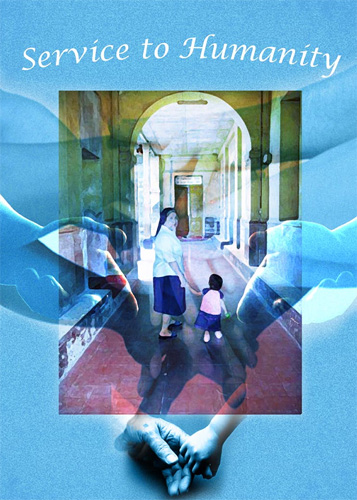 On December 29, 2009, Hospicio de San Jose was recipient of a special WANGO award, the Bicentennial Award for Service to Humanity, recognizing this charitable institutionâs beginning the 200th year since its founding. The award was presented by WANGO Secretary General Taj Hamad to Sr. Maria Socorro Evidente, DC, the Administrator of Hospicio de San Jose.

This award, decided by the WANGO Awards Committee during the summer, was presented in a special ceremony in Manila, Philippines - the opening celebrations for Hospicio de San Jose's Bicentennial. The day's events included a Eucharistic Celebration, the launching of the coffee table book Cradle of Hope, a motorcade led by the Mayor of Manila, the installation of markers at significant places where Hospicio had its beginnings, and a special thanksgiving charity concert.

Oldest Charitable NGO in the Philippines

A Catholic welfare institution, Hospicio de San Jose is the oldest charitable NGO in the Philippines and among the oldest in Asia. With the idea for this center dating to 1753, it was officially established in 1810 when it opened its doors to the service of the "poor" in Manila. Hospicio de San Jose serves people from the cradle to the grave, with programs for infants to adolescence, persons with special needs, mentally and physically challenged individuals, and elderly individuals.

In the late 1800s, Hospicio de San Jose developed the "turning cradle," whereby to protect babies from being abandoned on the streets, it allowed mothers who wanted to remain anonymous to leave their babies in this cradle through a hole in the wall of the hospice. They would turn the cradle so that the opening faced inside and then ring a bell to alert the nuns that a baby had been left to their care. By 1980, with the emphasis toward keeping children with their families, the cradle was replaced with the Tahan Center where they could reach out to and council mothers and families in crisis.

Hospicio de San Jose is committed to serving the needy, especially the abandoned, neglected, and abused young and old, helping them experience quality of life and become selfreliant and responsible citizens who will be of help in the progress of society.

In his remarks in presenting the award, WANGO Secretary General Taj Hamad noted that Hospicio de San Jose is one of the most accomplished organizations of our time, having served humanity for two centuries. For such reason, he noted the delight of the Awards Committee to present Hospicio de San Jose with the Bicentennial Award. Having toured the facility, Mr. Hamad was deeply moved by the sacrificial spirit of those working at Hospicio de San Jose, and the critically important service they were providing. And, not only is this an organization devoted to serving our fellow man, but also is one exhibiting the highest ethical standards, setting a standard for other organizations, and deserving of this special recognition. 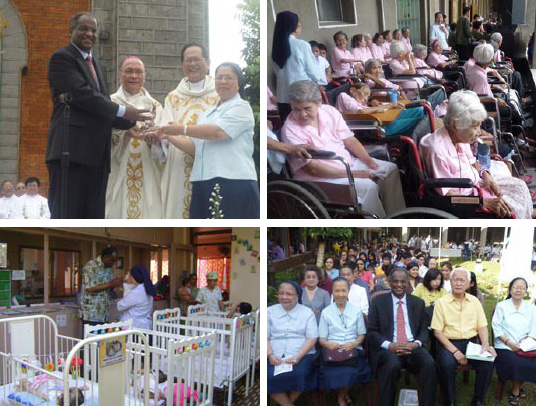 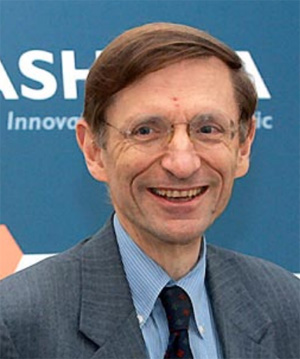 The founder of Ashoka, Bill Drayton pioneered the now-globally recognized field of social entrepreneurship. Ashoka searches the world for social entrepreneurs - extraordinary individuals with unprecedented ideas for change in their communities - and then supports the individual, idea and institution through all phases of the endeavor. Beginning in India with a budget of just $50,000, Drayton piloted Ashoka to where today it has a budget of about $30 million dollars, and a staff of 160 in 25 regional offices throughout Asia, Africa, the Americas, Europe, and the Middle East. More than 2,000 social entrepreneurs in over 60 countries have been helped with direct financing, professional services, strategy analysis, and enhanced credibility.

An Orchid in a Crack in the Pavement

In the book How to Change the World: Social Entrepreneurs and the Power of New Ideas (Oxford University Press, 2004), author Daniel Bornstein focuses on the work of Bill Drayton. He traces his life history of success, which began in grade four in elementary school with the launching of his first venture (a class newspaper that grew in to a 32-page monthly magazine distributed to several schools); to his establishing the popular Asia Society at Phillips Andover as a high school student; to his organizing at the age of 14 a boycott of a store practicing racial discrimination; to his adult work as a lawyer, a management consultant, and a government administrator (Assistant Administrator of the Environmental Protection Agency). Drayton attended Harvard College, studied economics as Oxford University, and completed a J.D. at Yale Law School.

But especially How to Change the World records Bill Drayton's preoccupation with bringing about systematic social change through finding and helping unique leaders who can implement positive change, weeding out the dreamers from the doers. As the author notes:

"Listening to Drayton, you get the sense that you've stumbled upon a magical secret, or, to quote a friend of his, Marjorie Benton, an 'orchid in a crack in the pavement.' He has a remarkable intellect and an uncanny ability to absorb information."

Bill Drayton's passion has been finding and supporting individuals who are working to bring about a systematic social change. The Financial Observer article notes:

"The leading theorist of modern social entrepreneurialism â and an economic dynamo to boot â is Bill Drayton, a man who should be at least as well-known as, say, Ralph Nader. .. Ashoka functions as a kind of corporate head-hunting service in search of unique leaders who can implement positive change, weeding out the dreamers from the doers."

In taking the decision to present Bill Drayton with the Universal Peace Award, Dr. Noel Brown noted that the Awards Committee and WANGO's International Council were most impressed with Bill Drayton's leading a transformation of the citizen sector, including creating the new field of social entrepreneurship. His founding of Ashoka:

"has proved not only to be deeply inspiring, but also a societal changing event. Few organizations have had the impact that Ashoka has in advancing a global society that can respond quickly and effectively to social challenges, whether in human rights, environmental protection, healthcare, children and youth, or other areas. It is such initiatives that has lead Bill Drayton to be one of the world's most respected and admired leaders."

In receiving the award, Bill Drayton queried: "What do you think is the most powerful force in the world? It is when there is a big pattern change ideas but only when it is in the hands of an entrepreneur, a changemaker. It is that combination that moves history." He noted that: "We are headed to a world of teams, teams of teams, that are working together in flexible ways. Now a team means that everyone on the team needs to be a player. In a world of very fast change, that means they have to be a changemaker. .. The WANGO membership are the very cutting edge of that revolution." He concluded:

"Unlike business, our job is not to build a moat and exclude competition; our job is to change the world. We create movements where there are thousands of people and thousands of communities that we encourage: 'Here is an idea, it is a good idea, it is safe, its practical, here is how it works, you can do it.' And then those people stand up and they become local changemakers. .. This is right at the core of an âeveryone a changemaker world,â which is Askoka's goal, which is all our goals."

Video of the awards ceremony